In 1963 I became acquainted with Arran Stephens, a young artist,  and did a bit of work with him that represented my first foray into color photography in my brief life in the SF Bay area as a freelance artist. Arran, at 19 years of age, had a one man show at the Batman Gallery, the avant-garde gallery in San Francisco at this time. Here are a couple of images from the shoot for the gallery owner to use in promotion and for publication in a local art magazine.

An Assemblage by Arran Stephens from the Batman Gallery Show. 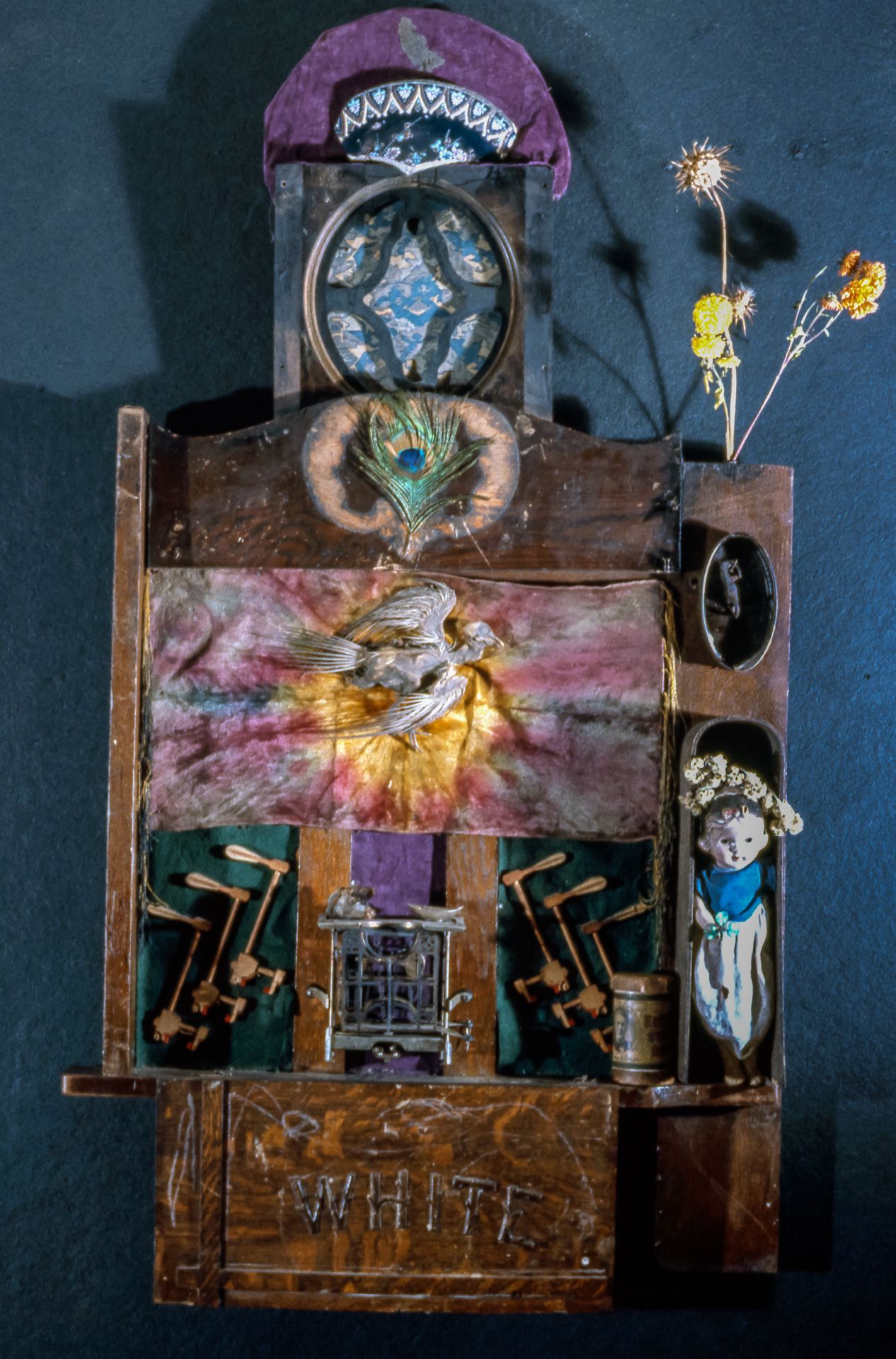 “Treasures”: an assemblage of Arran Stephens shown at his Nov. 1963 one man show in SF.

A Couple of Paintings from the Batman Gallery Show. 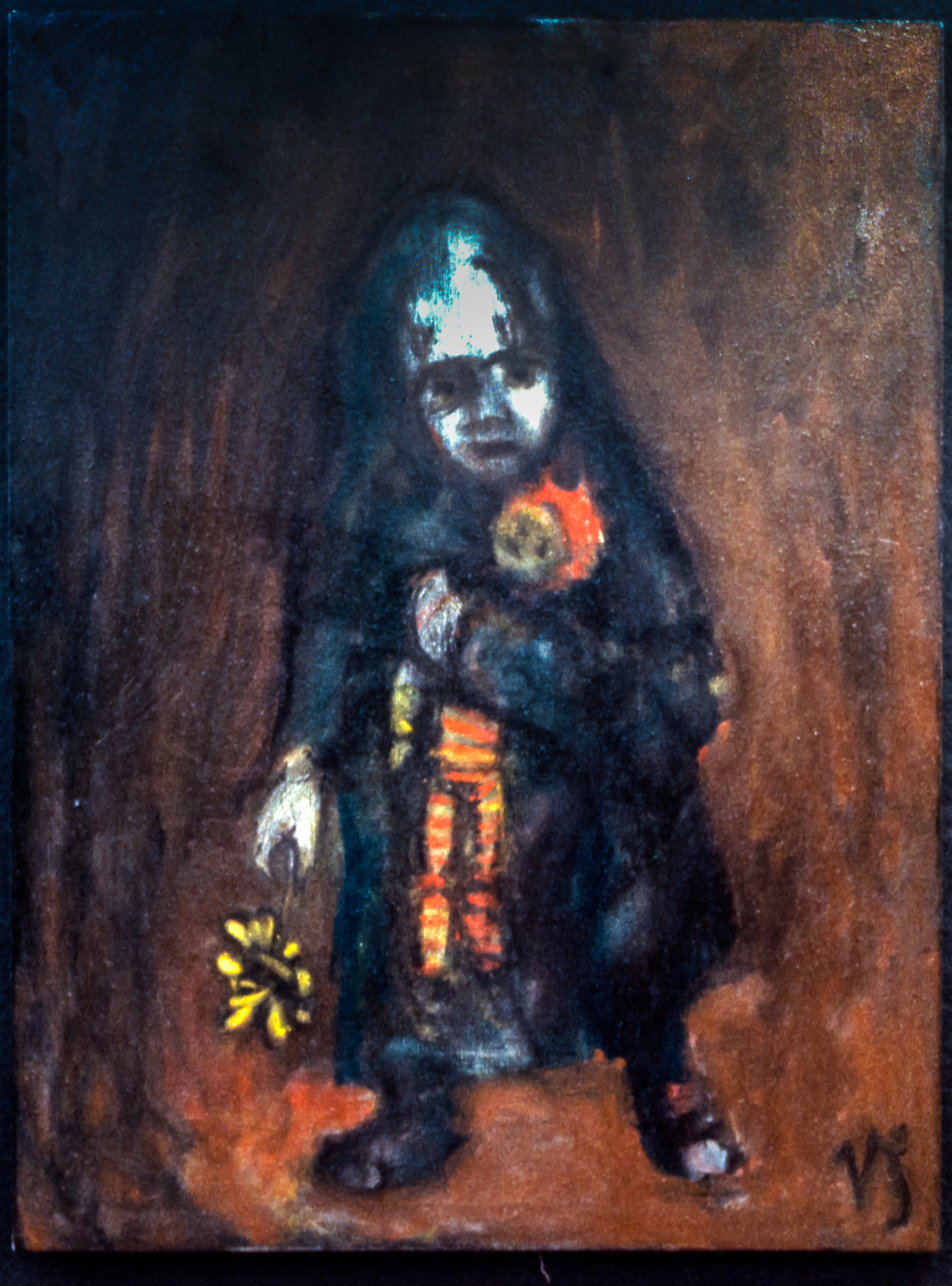 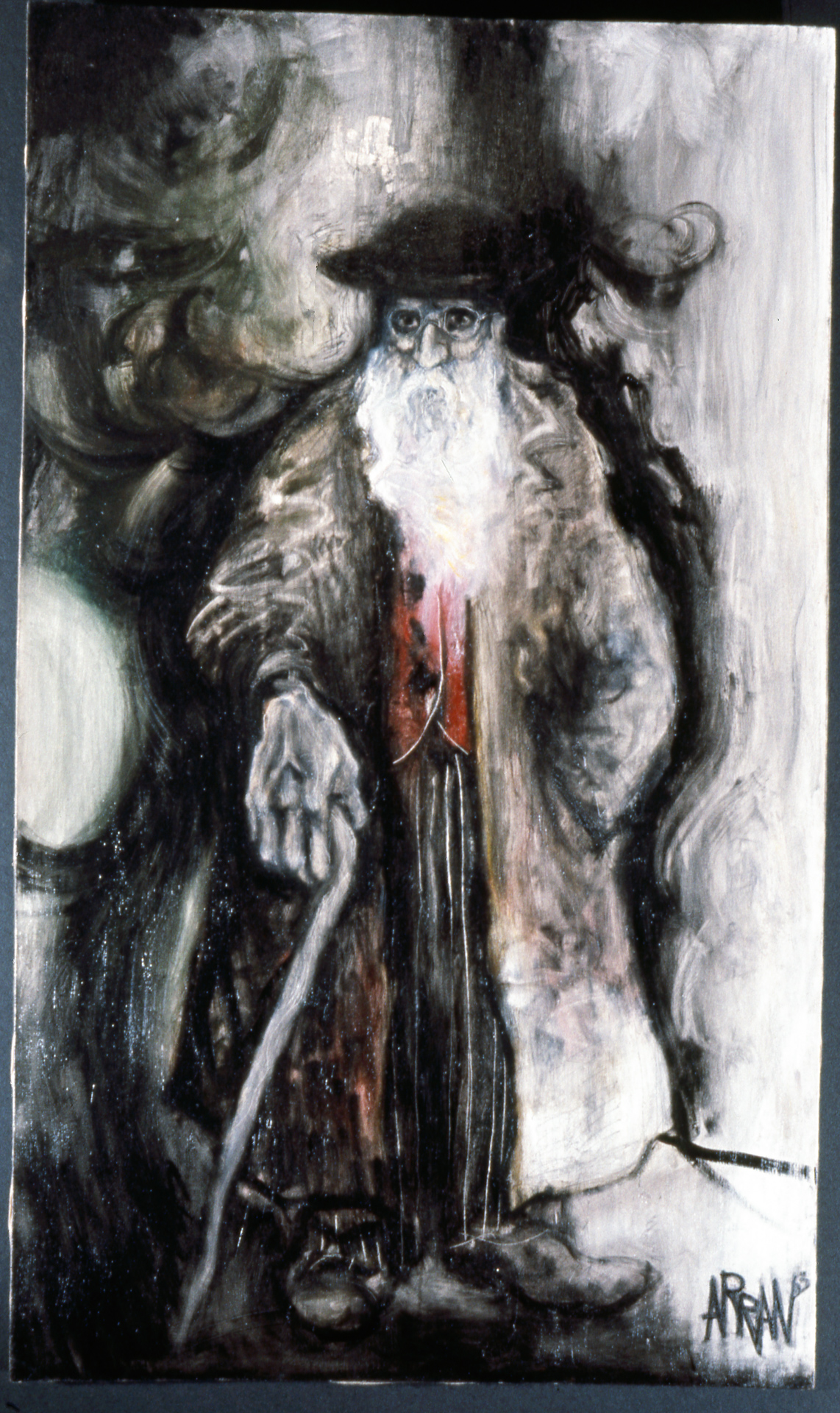 Perhaps to unwind after the show, the timing is not all that clear 54 years later, Arran, with my help, decided to create a couple of sculptures for the growing number viewed by travelers heading south on US 80 going to the Bay Bridge into San Francisco. More and more of these works would appear as beat turned into beatnik and young artists and rebels wanting to participate in the mystique of San Francisco flocked to the area. It also appears that art students at the surrounding schools got their boots on and built many pieces. Politics took its place too, especially as the Vietnam war became a seemingly endless national ordeal and an “End the War” sign, sometimes changed to “Fuck the War” took its place in the mud. Later, concerns of environmentalists and developers would force a cleanup and a ban of these ephemeral pieces.

Photos of a Mud Flat Sculptor and his Works 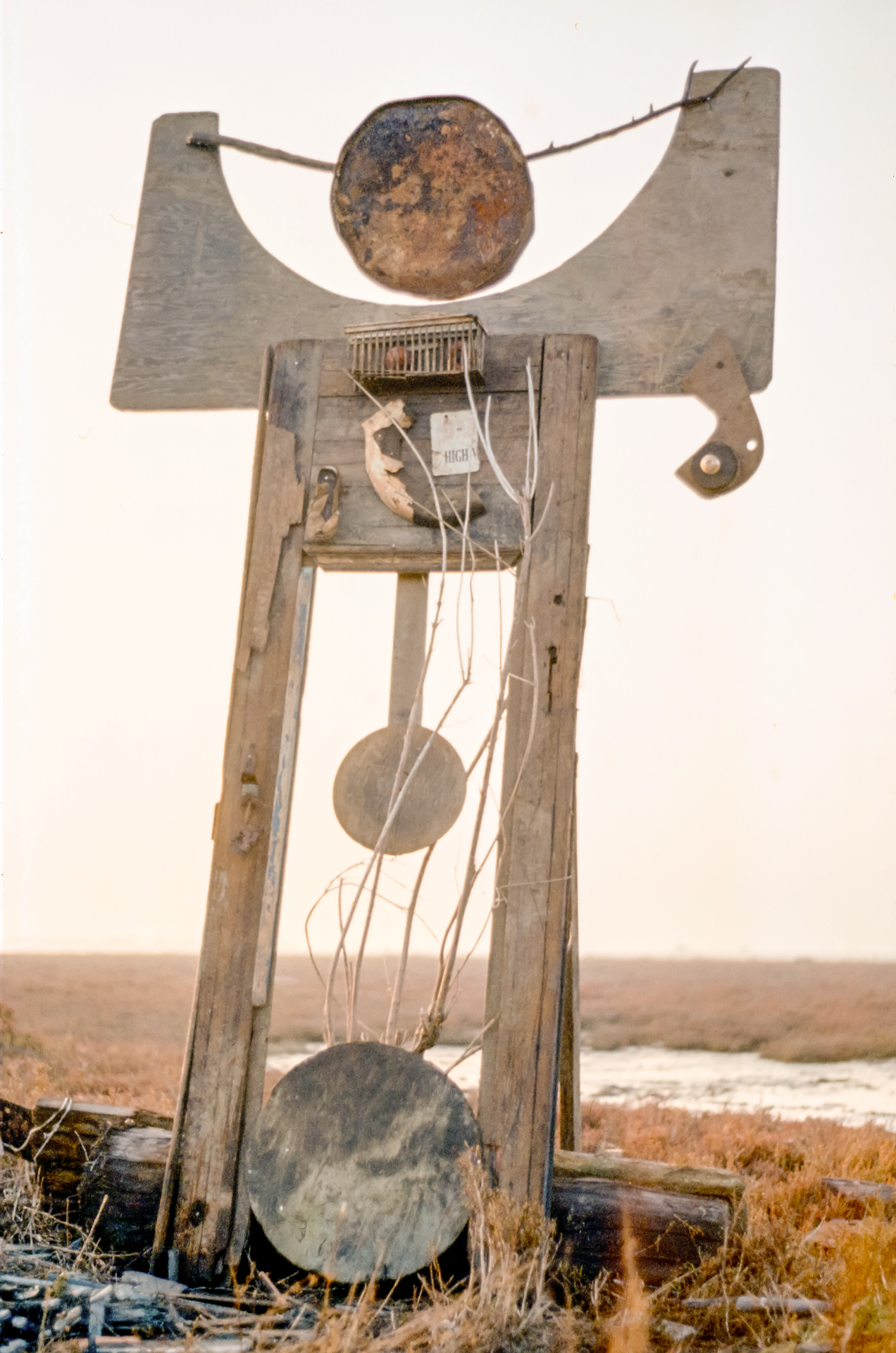 Should we call it “Tick Tock: the Beach Clock” … 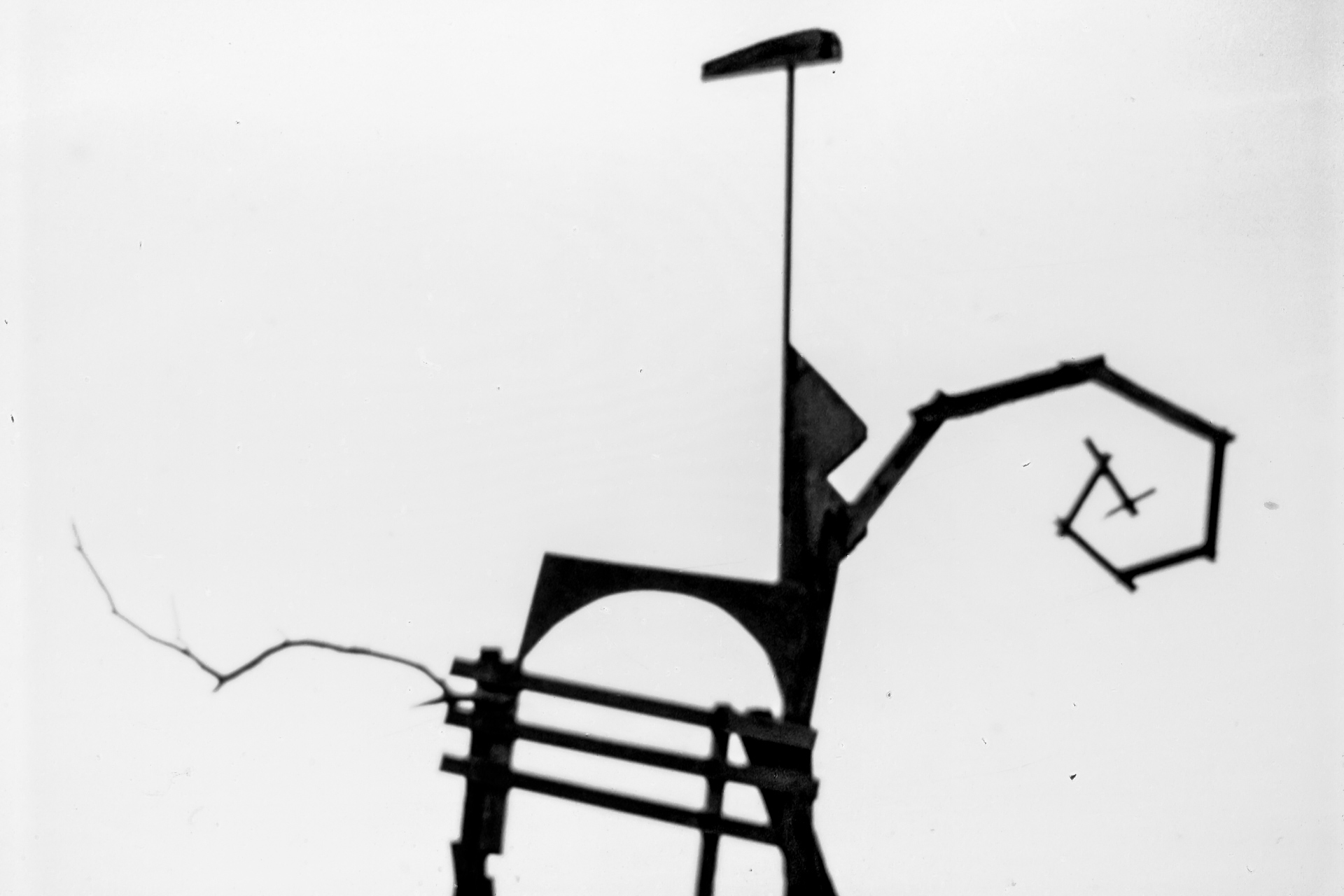 “High Horse” reveals itself on the beach … 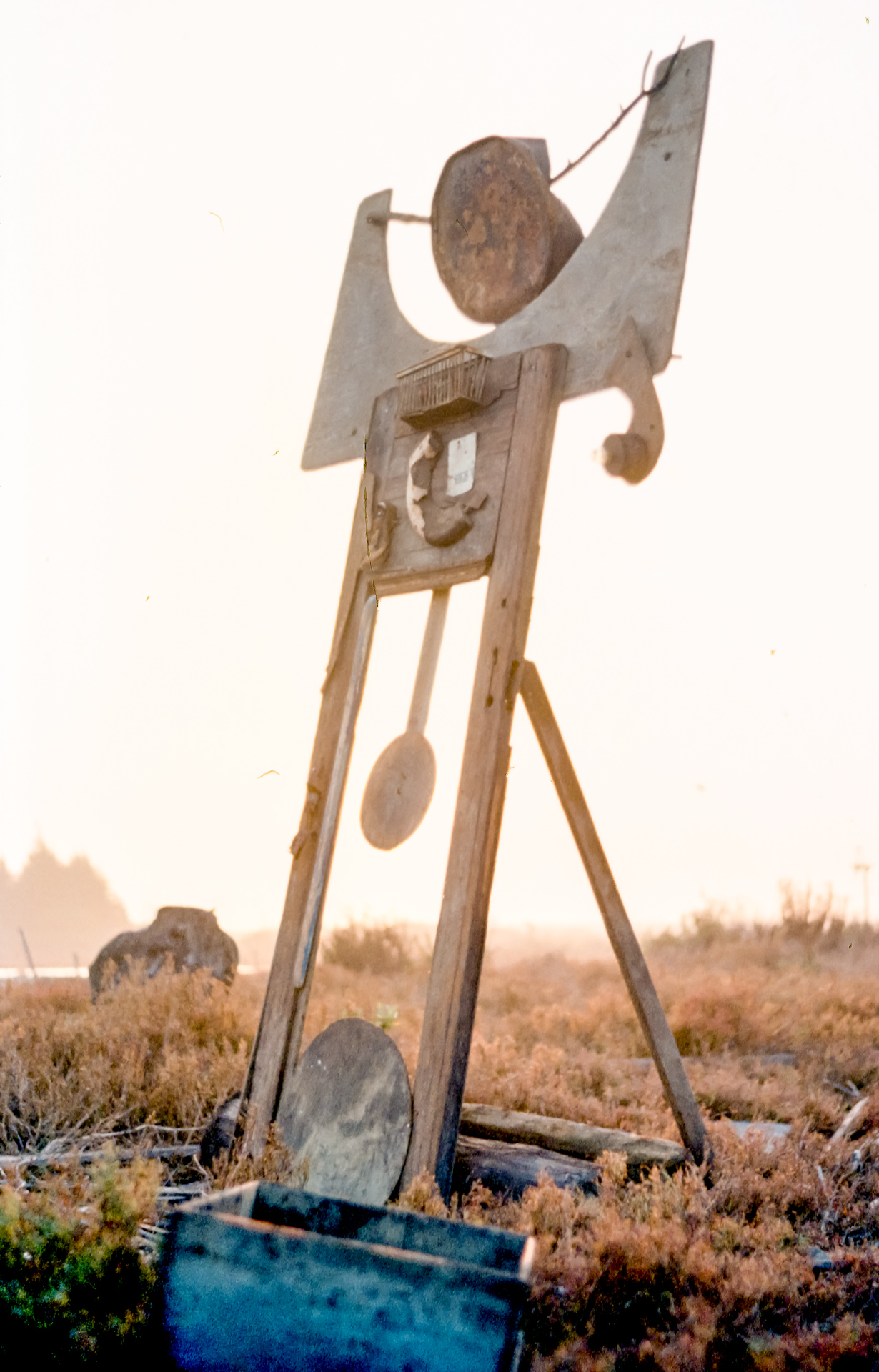 Side view of “Tick Tock”: inspiration in the drift wood at Emeryville Mud Flats … 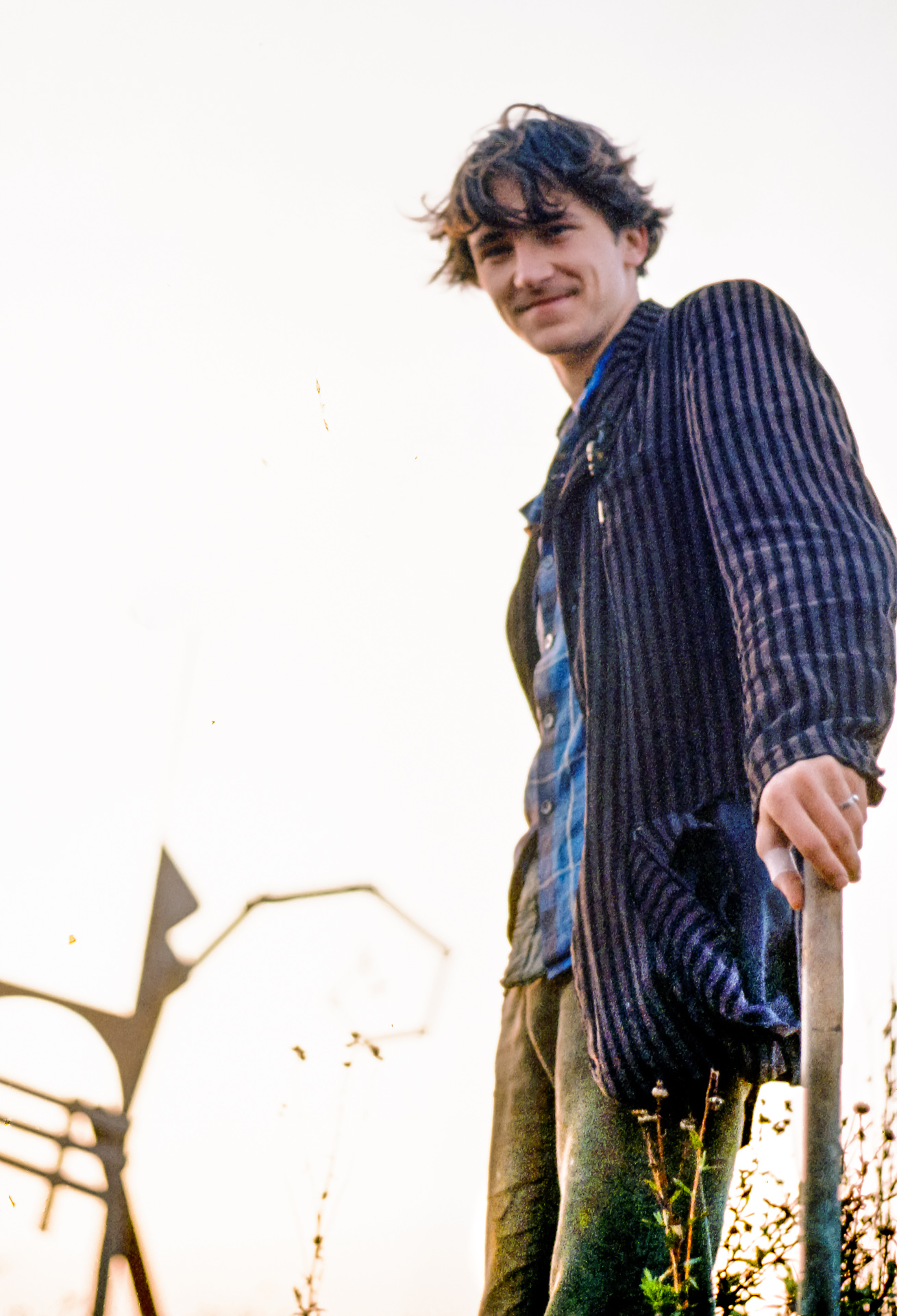 The artist Arran at Emeryville Mud Flats: with his beach sculpture.

For more info on the Mud Flats of Emeryville including the history of the site and the sculpture see ORIGINS: FIRST OF A THREE-PART SERIES ON THE HISTORY OF THE EMERYVILLE MUDFLAT SCULPTURES. All three parts are linked at this site and available.

All titles for the sculptures and other art were made up for this article, maybe Arran will have me change some of them when he gets a look … but my notes did not include their names.

You may wonder, what happened to this promising artist?

Arran and I both left the SF Bay Area about the same time in 1964, in my case, after resting for a few months with my parents in Kentucky, in November I drove into devastated post earthquake Valdez Alaska to work for the Highway Department in their materials lab. Arran went to NYC and had about the same luck with making a living from his art as I did with photography–not much. At some point he scraped up enough money to move to India and was accepted into an ashram where the guru helped him find a radically different life, and later a wife, and all that has been close to perfect for Arran, who was already seeking the spiritual when we were both in the Bay Area.

Arran is now the patriarch of Nature’s Path, a breakfast food company that is stocked in all our local grocery stores. You can hear about his history in this Tedx Talk in Waterloo, Ontario.  He is semi-retired now and has once again picked up brushes to paint happier more spiritual works full of color, as you can see from the gallery section of Arran’s blog. The blog also shows that Nature’s Path has the 2nd largest share of the packaged organic food market in the U.S., according to a Wall Street Journal article in 2014.